Getting your children interested in coin collecting can be a great way to teach children art, history, and economics. It also provides a wholesome way for you to bond without screens. (Why have kids if not to force your hobbies and interests on them?)

If you are wondering how to get your children started as junior numismatists, I have come up with some fun ideas and tips below.

1.) Make it a Treasure Hunt

One of the things that draws adults to coin collecting is the idea that any common coin could be a treasure. Kids also delight in the idea that they could find a rare or valuable coin.

Coin roll hunting is a fantastic game to play with kids! Bringing a box of coins home from the bank and opening all the coin wrappers is fun for children who haven’t yet become interested in the coins themselves.

Probably the best way to get kids interested in coins, and what starts most young collectors, is collecting state quarters. When I was 9 years old, my grandfather got me a book on state quarters and that is what prompted my interest in coins. There are also National Park Quarters!

2.) Buy Your Kids Some Coins

The key word here is “buy”. Someday, your child will be able to appreciate how special it is to be given a coin from someone’s collection, but someone just getting started has no sense of that value. Take your child to a coin shop and let them pick a coin they like for themselves. It doesn’t need to be expensive, just so they can see more coins and get a sense of their own taste as a collector.

Many coin shops have bulk foreign bins as well as inexpensive pennies, buffalo nickels, and mercury dimes. Foreign coins are a great way to learn about other countries. As an added bonus, foreign coins look so different from our own that most people are instantly drawn to them.

3.) Teach Them About Silver/Gold Value 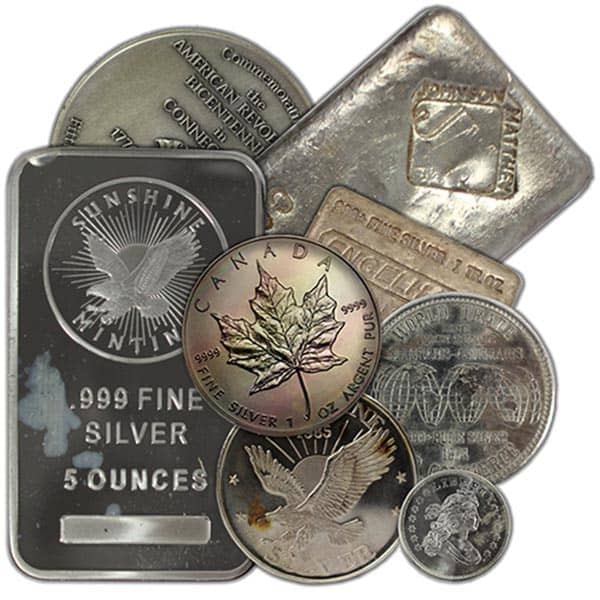 It may not always seem like it, but kids love to imitate their parents. You may not be able to encourage a kid to fall in love with coin collecting, but your own passion can be infectious. Talking about your coins in front of your kids, coin roll hunting, or organizing your collection are great ways to passively let children see the enjoyment in coin collecting.

Some kids don’t have the patience for coin collecting. A more exciting hobby to try with your children is metal detecting. Metal detecting is great to get kids interested in numismatics because sooner or later they are likely to find a coin they have never seen and will want to learn more.

Exonumia, collecting tokens is another fun hobby for kids. Tokens usually have more fun patterns and styles, and they can find them at their local arcade. (Although arcades seem to be moving away from tokens.)

There is also metal detecting, but that may be tedious for younger kids. I have metal detected on beaches and had many kids come up and ask me what I am doing, and ask me if I found any buried treasure!

Metal detecting is expensive to get into, with most good metal detectors running between $200-$400. I would purchase one for your child if they show an interest, or if it something you think they would enjoy to do with you.

I started my interest in coins when I was a kid by being exposed to coins. Coins were how I paid for ice cream and I would exchange coins for dollars with my dad to learn about money. As our economy switches to a more card based digital system, you can achieve the same interest with piggy banks, and even fake coins.

6.) Know Their Interest May Come and Go

Most coin collectors do not spend everyday thinking about their coins and collecting and neither will kids. A kid will likely be engrossed in the hobby for a few weeks before finding a new obsession and that is okay.

One thing to watch is that your child does not sell their collection on a whim.